Plant Medicine Adventures in the Amazon 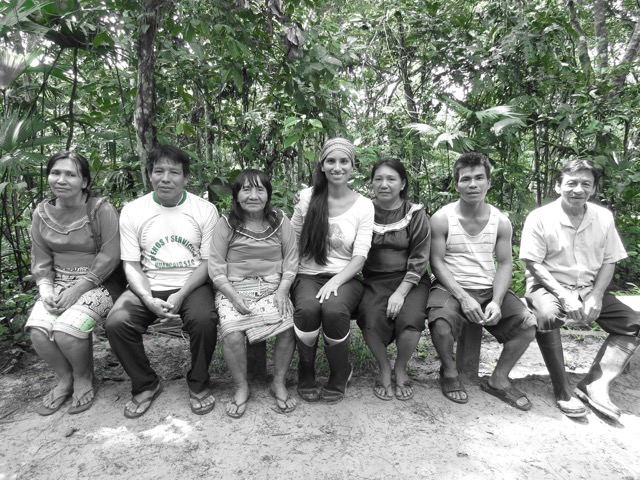 May, 2015
Today the once-dense mysterious rainforest realms are under assault as the forces of indiscriminate resource extraction moves across the entire region; as the forest disappears, the traditional human legacy of sustainable utilisation of this rich ecosystem is also being buried under modern realities.

Chief among these treasures to be found in the rain forest is the “shimmering” plant-medicine science of ayahuasca or yajé, a rainforest vine that was popularized in the 1950s by Western travellers William Burroughs and Alan Ginsberg. It has been sampled, reviled, and celebrated by outsiders ever since.

Currently sought after by many in the industrialised West for its powerful life-transforming effects, this sacred brew is often comsumed by visitors to the upper Amazon (not to mention curious seekers in faraway venues), sometimes with little to no working knowledge of its principles and precepts.

In April I travelled to Iquitos in Peru to get a first hand glimpse of ayahuasca’s unique tradition and of course experience the priceless rain forest that gave birth to these sacred vines and a host of other fascinating plant medicines (herbs). I had the unique privilege of spending 12 days of living with the Shipibo indigenous people on the Nanay River in the Amazon basin Peru.

I got to see and experience first hand the unprecedented history of living naturally off the forest, using the jungle both for food and medicines. Their communities are self contained with very little need for the western medicine. I got to see, taste and eat the most delicious variety of fruit.

The above picture is a cacao pod, used to make coco and then later chocolate. Here it is as seen when the pod is split open. The chocolate shown below is the result of how the local people produce the chocolate after roasting and grinding the beans.

These people are truly Master Herbalists in the truest sense of the word. The apprentice Shaman/herbalist would go through a training period that could last several years.

Many of these months or even years are spent in isolation in the forest whilst fasting, or on a restricted diet as they become familiar with the energy signatures and subtle teachings of these plants.

Some plants are considered by them to be teacher plants and some medicinal plants. To learn to access the value of both, the apprentice undergoes a strict fast. He fasts of most foods, sex, alcohol, meat and PORK. He lives in isolation in the jungle with only his teacher who appears to check on his progress and introduce new teachings.

His diet during this period is entirely fruit and plant based. The plant would consist of the particular plant whose knowledge he is attempting to embody. This diet including the said plant may go on for several weeks or even a few months. His system begins to embody and appreciate the subtle spirit nature of the plant.

When his teacher deems him ready, he will move onto the next plant. So over the months the Spirit of the Jungle teaches him what each plant can be used for and in which context.

One tree I was shown (see photo below), has an anti parasite quality is so deadly that if the fast or diet is broken or cheated the plant would kill the patient. Definitely to be used with caution.

I was shown many types of plants ranging from stone breakers to the oh so well known Vine of Souls…..

A healers assistant giving out camu camu….a plant based medicine.

The Mother Nature spirit then informs the healer what exactly the patient requires. It also through a vision tells the patient the consequence of his actions that got him into his predicament in the first place, and shows him in no two ways what would happen if he does not change. Healing could be mentally physically or emotional. Interesting to see that depression is healed within a single sitting.

The Ayavausca brew is the result of brewing the the Ayavausca vine with Chacruna or other DMT containing plant species. This results in a foul tasting brown liquid.
The brown liquid is taken in a sacred ceremony setting. The spirit nature of the vine then works its way through the entire psyche of the client, intelligently seeking out the disease, perturbances, grossness, toxins that are causing the illness. As the persons “tree” is shaken so to speak, these energies are dislodged, the individual experiences bouts of nausea until vomiting occurs. The vomitting is sped up by the Native Healers singing their distinctive “Icaross”.

It was quite amazing to me how one could be feeling fine listening to the sounds of the night, and then the shaman would sit in front of you, and begin to sing his healing song. Within minutes one would be vomiting aggressively. The sound would be dreadful. Not even ones own voices as the deeply held “demons”, bad energies and spirits would be released resulting in an immediate improvement.

One man in our group, a German man, super nice guy arrived wearing tattoos all over his body featuring Christ being crucified. During the healing ceremony this man became another person as I watched first hand how a demon was exercised out of his body. He was a hard case. It took two nights to get the demon out. Horrendous to watch. What an education.

To fully appreciate the power of their healing and understand the methods, I decided to work with the Ayavausca mix. My experience was somewhat surreal. It took a session or two to calibrate to what was going on… For the most part I spent each session rather nauseas to say the least. Only on two of the seven days did I purge during the session.

The first one, as per my advise was purely a look see. I was the first in our group to take the Ayavausca, and it took me about 40 min or so to trance out. The effects was profound to say the least. Waves of nausea set in and I lay there feeling rather drugged whilst the most phenomenal 3D kaleidoscope played through my mind. Incredible colors, shapes and patterns. The maestros singing their “Ikaros” took me way deep into it.

The next day I expected the same, yet nothing happened, except the nausea. No vomiting or purging. No visions. Even the Icaros could not induce a purge. Only more nausea.

Third day no purge, only extreme nausea. The nausea lingered into the next day accompanied by lethargy. After the session I went outside after the session feeling somewhat sorry for my self. The purge was rapid and violent not recognizing my own voice as it all came out. The following  night I purged in the session thanks to the maestros and their haunting son. By now I had  gotten the hint that my intentions where causing deeply held “ tuff” to be stirred up. If I directed the intention at the positive a more favourable outcome would ensue. Game on. Still no visuals or hallucinations. Only deeply held stuff being brought to the fore.

All nights saw very little purge in the session. Some days I would feel great afterwards and some days rather bad afterwards. The final evening was pretty intense with a final purge at the end from both ends. Close call on the spare underwear.

In hind site I know some deep work was carried out, yet not much feed back to my conscious mind. I do feel significantly “better” now a day later looking back.

The facility was extremely well run with 6 maestros for 22 people. Food was simple but nice. Best treat was to spend two weeks in the Amazon rain forest, no phones, no internet. The Community highly prioritizes and strives to towards permaculture and sustainable living. They have been incorporating the principles of self-sufficiency, regeneration, and social responsibility since 2009 and have been implementing a comprehensive permaculture program on their 175 hectares grounds and in their local village which includes wide range of projects: food forests, perennial vegetable production, staple crops, medicinal plants, renewable energy systems, rainwater harvesting and natural spring water systems, aquaculture systems, animal husbandry, sustainable buildings, reforestation and the production of fuel,fiber, sugars and oils.

All in all an exceptional experience, despite the unpleasantries.

The Shipibo people are wonderful folk. We had the pleasure of a herb walk with them into the jungle on several occasions. The Shamans would fast with only the teacher plants for several weeks to gain the insights. A fascinating approach to get the plant spirit working through them. They clearly have achieved a remarkable degree of mastery to the work.

On the subject of Peru and great books, I chanced upon someone who introduced me to the writings of Pedro de Cieza de Leon who appears to have been born in Spain in 1519. He left Spain for the New World in 1532 at the age of 14 and by the age of 19 was a private soldier. By the age of 22 he was writing a chronicle which he kept updating for a further 17 years. Almost all current books about the Spanish in Peru and the Inca conquest refer to his writing.

In the first 2 parts of the 4 parts he describes in the prologue of the first book. In his own words…

“First Part of the Chronicle of Peru: with treats of the boundaries of provinces, their description, the founding of new cities, the rites and customs of the Indians, and other strange things worthy to be known…….“

“In the second part, I shall treat the government of the Yncas Yupanquis, who were the ancient kings of Peru, and of their great deeds and policy, how many of them there were, and their names. I shall describe the superb and magnificent temples which they built, the roads of wonderful size which they made, and other great things that were found in this kingdom. I shall also give an account in this book of what the Indians say concerning the deluge, and how the Yncas magnify the grandeur of their origin.”

The third part being about the Spanish “ discovery” and conquest of Peru and the fourth part covers subsequent Spanish activities and infighting in Peru and surrounding area.

If interested in Cieza de Leon’s books take a look at this link: (Burt Franklin Publisher reprints of the Hakluyt society volumes 33 and 68) 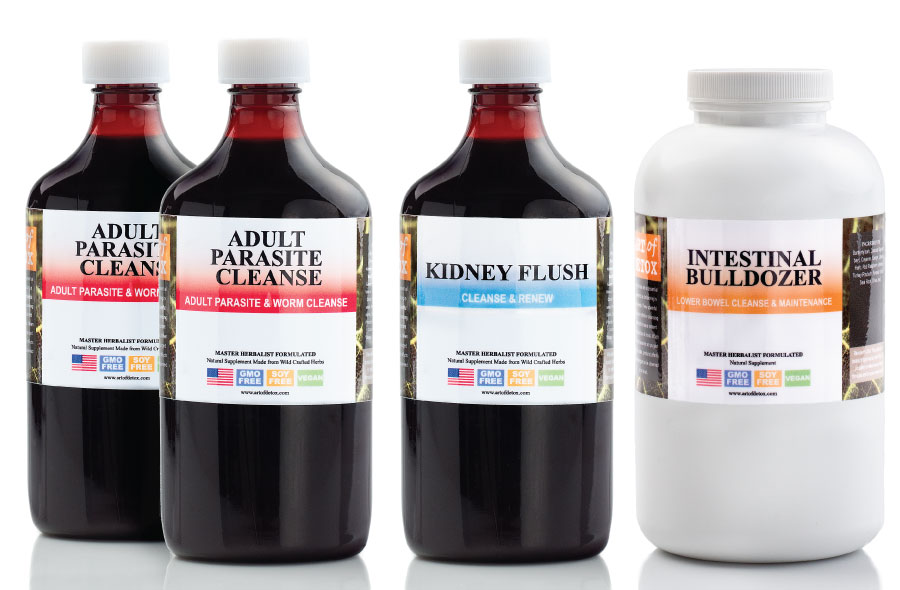 This company states that we are not medical professionals; we do not diagnose or give medical advice. We only warrant that our products are 100% natural and non toxic. We make no claims about their efficacy but do record what they have done for people, whose testimonies speak for themselves. Every effort is made to corroborate these testimonies and if there is any doubt they are not recorded on the web site. We do not advocate that anybody ceases taking medication prescribed to them by their Doctors until they are advised by their GP or choose to by themselves. These statements have not been evaluated by the Food and Drug Administration and these materials and products are not intended to diagnose, treat, cure or prevent any disease.

We're not around right now. But you can send us an email and we'll get back to you, asap.